What is Tokenization? – The Fundamentals Explained You may have heard of the term ‘token’ in discussions related to blockchain technology and cryptocurrency. Tokens have the power to transform the way that data is transferred whilst also offering innovative new avenues for investment.

In this article, we’ll explore tokenization in-depth, discussing what it is and how it works. We’ll also touch on tokenization’s potential uses in various industries and highlight its benefits compared to current systems.

Tokenization can be used to secure sensitive data by replacing the original data with an unrelated value of the same length and format. These replacements are known as ‘Tokens’ and in the world of blockchain, they exist to represent sensitive data in a non-sensitive form.

Tokenization doesn’t just exist in the world of blockchain – the concept has been around for a long time. When you tokenize something, you’re taking sensitive data, like a share or security and storing it securely – all whilst using a digital representation in your day-to-day operations.

These are the entities that represent sensitive assets or data points in another form (usually digital). To conceptualise this, we can look at an example of tokens in a physical form, such as casino chips. These chips are used to tokenize the actual money behind them – enabling ease of use when playing casino games.

The casino chip completely replaces the underlying asset and can only be used in a pre-determined situation – in this case, the casino itself. If you held £500 worth of casino chips, you could exchange them for £500 of legal tender – you couldn’t take them to buy groceries.

Over the years, the concept of physical tokens has been implemented into digital systems across various industries. One of the most popular ways to use this process is when making card payments, as an alternative to encryption. This works through users storing their card information as ‘tokens’, which are substitutes for the sensitive card information found on physical credit and debit cards.

These tokens act as a ‘stand in’ for card information and are commonly expressed as a random string of numbers. As this token links to the underlying credit or debit card, merchants don’t need sensitive card information to process payments – all they need is the token.

At the other end of the transaction, banks will receive the request from the merchant for the funds to pay for the goods or services requested by the payor. Banks also incorporate elements of tokenization into their service offering, as customers’ money is stored in a tokenized digital format. This format digitally represents the customer’s money, allowing for quick transfers to be made between parties.

This process eliminates the risk of sensitive card details being stolen or duplicated. However, using tokenization during payments processing is just one example of this process. When combined with blockchain technology, tokenization opens  pathways to change how businesses operate in today’s world.

The combination of tokenization and blockchain technology

Much like when casinos issue chips as their own form of tokens, blockchains can also allow tokens to be issued and stored within the network.  As the blockchain is a publicly distributed ledger, whenever a token is issued on the network, all blockchain users can see the token and monitor its movements – but they won’t see the exact asset that underlies.

The most popular example of a token being used on the blockchain is Bitcoin – as a tokenization of currency. Each Bitcoin is a token that can be tracked throughout the network. So, if Person A sent Person B one Bitcoin, all other users on that network could see the transaction happen in real-time.

What would happen if a Token was copied?

‘Double-spending’ refers to the risk that any digital asset (digital currency, an image, a file) could be copied an infinite number of times. Theoretically, this would allow cyberattacks to occur, resulting in a digital currency being spent twice, as the ‘copy’ of the original token could be used to pay for goods or services whilst the original was retained.

However, blockchain technology provides a powerful safeguard against the threat of double-spending. Once transactions within the ledger are logged and confirmed, they are made public to the entire network. These transactions are also immutable, meaning that they cannot be altered or removed. Thus, if someone were to attempt to duplicate a token (e.g. a digital currency) and send the tokens to an external wallet, one transaction would be rendered invalid through the proof-of-work algorithm referenced previously.

Something worth noting is that many cryptocurrency projects offer a mathematically finite number of tokens, which compared to normal stock shares are not possible to be locked or very difficult to. This feature attracts smart investors that understand scarcity, a concept that in the financial sector has become even more popular with crypto project Bitcoin.

What is Asset Tokenization?

Asset tokenization is taking a real-world asset and tokenizing it onto a blockchain network.

Imagine you owned a house – the records of your ownership of that house would be in the form of various physical documents, such as title deeds. The process of transferring home ownership if you sold that house is a logistical headache, with all of the documents and paperwork handled by various parties during the sale process, there’s higher risk of human error.

Instead, you could represent your house as a ‘token’ on a blockchain network – with all existing required data attached to the token itself. The process of transferring ownership would be far easier and more seamless as there would be no need for an intermediary to facilitate the transaction. What’s more, as the transfer of ownership would be publicly available information to all users on that specific blockchain, the whole process would be transparent and easy to refer to in the future.

This is also the case with Globacap’s securities ecosystem. We’ve created a platform that can help you create, manage and transfer your company’s shares and equity with ease – all whilst retaining the required regulatory data and processes.

Theoretically, any physical asset could be represented by a token within a blockchain network. However, there are two specific types of tokens to be aware of – fungible and non-fungible.

The benefits of tokenizing assets are endless, although one of the most prominent ones is implementing fractional ownership. This concept opens a wide range of investment options that differ from traditional asset classes. Furthermore, tokenizing real-world assets increases the level of accessibility for certain investments – especially for newcomers to the market.

Another benefit of tokenization is that it helps increase liquidity. Referring to our example of the office complex, the real estate market is inherently illiquid. The process of selling a property is lengthy and costly relative to highly liquid markets, such as the equity market.

However, if a property was represented as a token on a blockchain, the buying and selling process could theoretically be completed in minutes. No paperwork needs to change hands, and there is no need for traditional intermediaries such as estate agents. Through blockchain technology and tokenization, the real estate market could be transformed and made more accessible for buyers, sellers, and investors.

Finally, due to the blockchain’s inherent transparency, the ownership of a specific token can never be disputed. All tokens are recorded within the ledger, and all users within the network can see who owns them. So, if a piece of art was tokenized and two parties were in dispute over who owned it, a quick look at the ledger would instantly resolve the argument.

Can I transfer my Tokens?

Tokens can be transferred to different wallets (or other parties) using blockchain technology. When you purchase a token on a blockchain-based platform, such as Ethereum, it will be transferred to your wallet. Specific tokens will be developed on certain platforms, meaning that they cannot be transferred onto another platform.

An example of this would be if you purchased a non-fungible token (NFT) created on the Ethereum network. This NFT could be easily sent to other people on the network, requiring only the receiver’s wallet address. However, transferring an Ethereum-based NFT to another network would not be possible, as it will have been built using entirely different technology.

Can Tokens exist on private blockchains? Has the way we fundraise changed?
Tech could be the key to future-proofing business

Discover whether the fundraising process has really changed since the pandemic and how embracing automation and digitisation builds a better future. Why is it necessary to perform due diligence on investors?

Do you know your KYC from your KYB and AML? Learn about customer due diligence, what it is, why it’s important and why it shouldn’t be ignored. 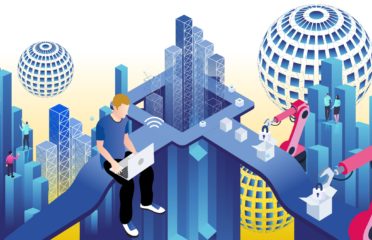